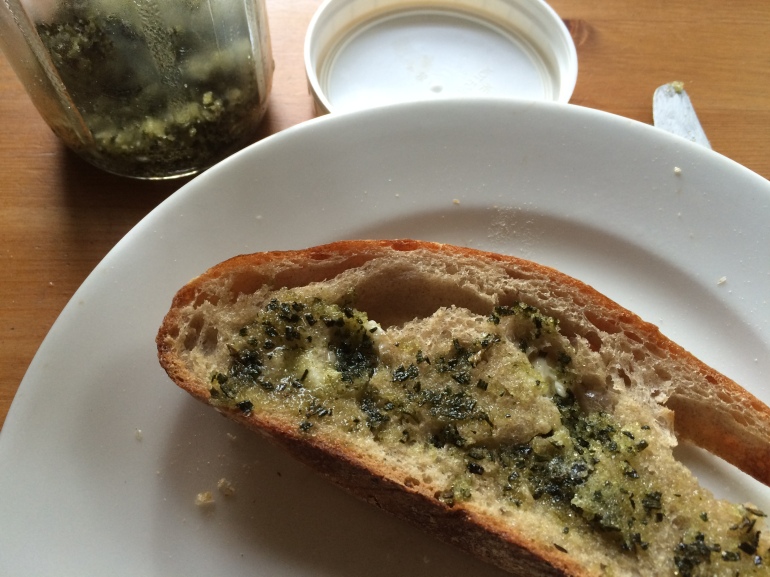 Did you love cinnamon toast as a child? I did, and I still do! It was a crucial part of my young cooking arsenal. I wonder why we never spread any other kind of sugar on our toast? Well, rosemary toast is a thing in my world now. You might want to try it. I was recently doing some experimenting with rosemary, to see if I could make it stay green and fresh longer. My standby, and the method I’ll probably stay with, is to wrap it in paper towels with a sprinkle of cold water and then keep it in a plastic bag in the vegetable drawer. I’ve also been known to keep it in a glass with an inch or two of water, like flowers in a vase, then cover it with a plastic bag and stick it in the fridge. That’s just asking for trouble, though, whether you have a seven year old in the house or not.

However. If you are using your rosemary in a sweet application, like I was in this cause for experimentation, I thought: why not whiz it up with some sugar? Just like I did with that basil salt from a few weeks ago. Take the needles off of a few twigs of fresh rosemary–maybe you have a half of a cup? Add that and a half cup of sugar in the  food processor for a good 30 seconds until it’s chopped and mixed well. The rosemary will release some liquid and the sugar will become a little bit coarser or clumpier. Keep it in a jar in the fridge. When you have a slice of toast needing to be dressed, butter it well and then spread it with some of this.

But it’s not just good for toast! It’s also good mixed in with a jam, or in a fruit pie, especially apple pie. Rosemary is great with so many things. Fruit is one. Another one is nuts. This pine-y, sticky sugar is great for a quick nut mix. Lightly grease a large cast iron pan–I used coconut oil–toast up some almonds, about a cup. (Don’t walk away like I did, you will likely burn your nuts! Which is NOT pleasant.)  When they are nice and toasty, put a tablespoonful of the sugar in the pan and mix it up with a rubber spatula, evenly coating all the almonds. Remove to a plate to cool and sprinkle with some Maldon salt. Or add a spoonful to a cookie batter, or shortbread. In a cake batter, in a pie crust. The sweet options are many! 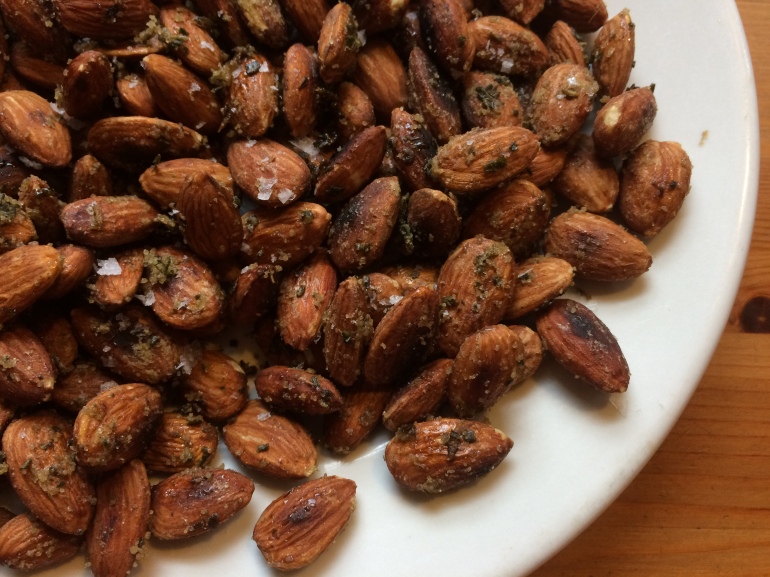